A resistor is an electronic component that limits the flow of electrons. In doing so, it dissipates energy in the form of heat.

The amount of resistance that a resistor offers is measured in Ohms. The symbol for ohms is the Greek omega symbol - Ω.

In terms of electronics, the resistor reduces electrical current by a precise amount. If you consider that in a circuit you typically have a fixed input voltage, and resistors offer a fixed amount of resistance, you can then use Ohm's Law to determine how much a resistor will limit current. This is useful in a number of scenarios, including working with LEDs.

To measure ohms with a multimeter, turn the dial to the Ω symbol and selecting the proper range.

Determining how much resistance a resistor offers is a little trickier and can be established by deciphering the coloured stripes from left to right. You will typically see four stripes, but you may also encounter resistors with five.

When reading a resistor with four stripes, the first two stripes are combined together to form a number between 1 and 99. The third marking is the multiplier. The last marking determines the tolerance. 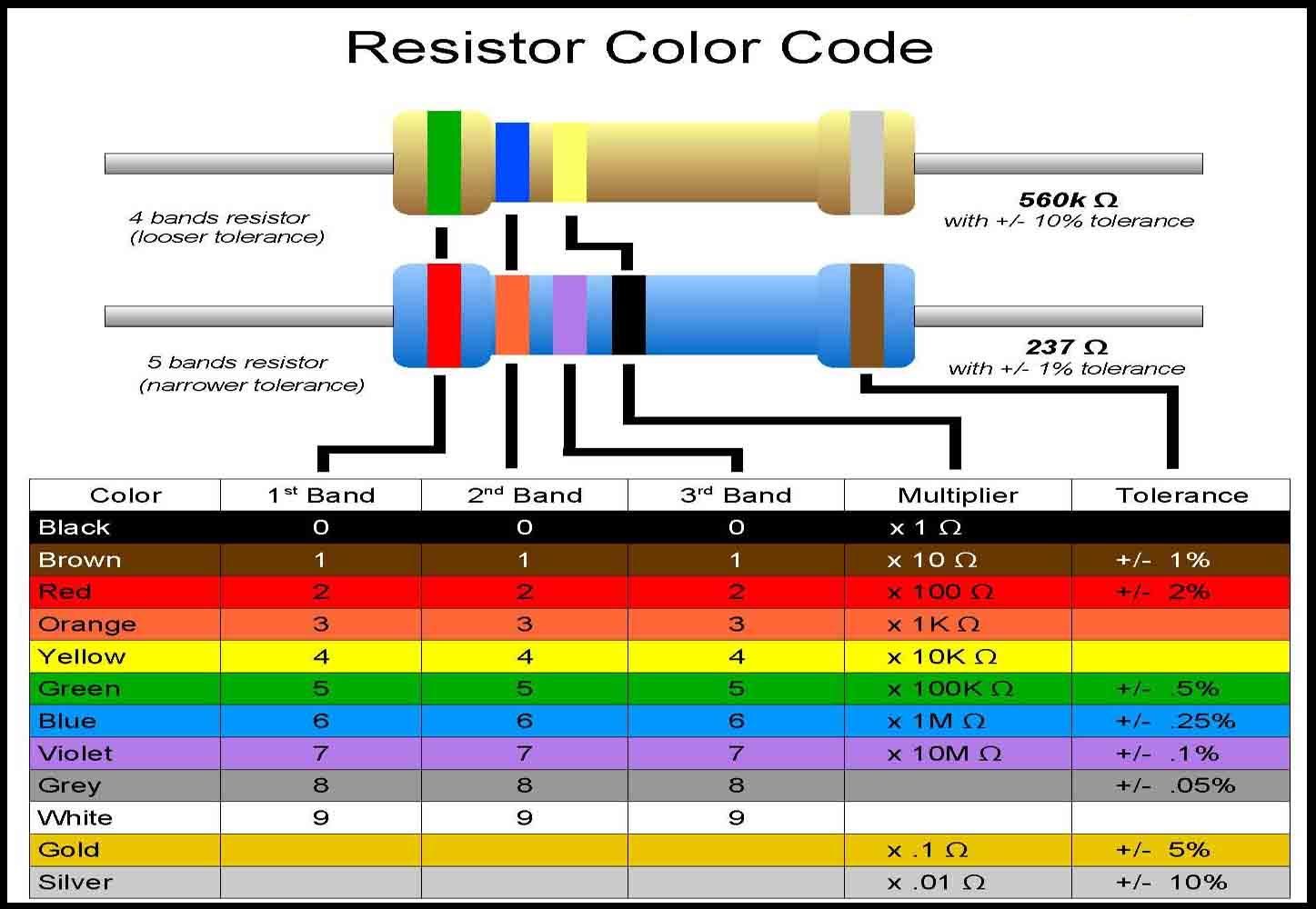 A resistor with a gold band has a resistance with a +/- 5% tolerance or - you could say - margin of error. What this means is that the resistance can be over or under its value by 5%. So, if you had a 100K resistor and measured with a multimeter, it could read anywhere from 95K to 105K. This will be alright for the purposes of this course.

A variable resistor is a resistor whose value varies within a set range.

The simplest and most common variable resistor is the potentiometer. Every time you use a slider or knob on an electrical device, you are using a potentiometer. For instance, every single mechanical light dimmer you have ever used is a potentiometer.

Potentiometers come in a wide range of resistances, and have a physical actuator that sweeps from 0 ohms resistance to whatever value is marked upon it.

By connecting a wire to either one of its outer terminals, and another to the centre terminal, we can wire a potentiometer as a variable resistor.

We can always check which pin is which with a multimeter.